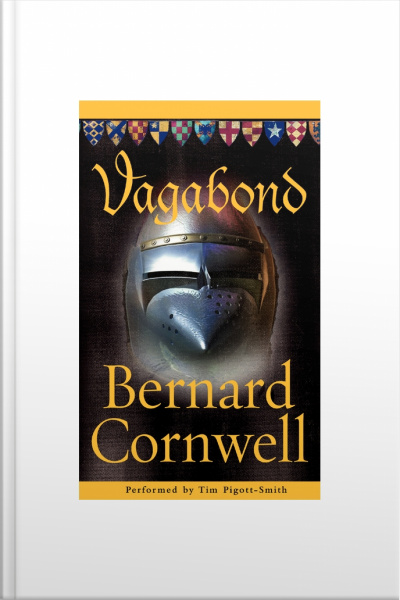 1347 is a year of war and unrest. England's army is fighting in France, encouraging the Scots to invade their old enemy. Thomas of Hookton, send back to England to follow an ancient trail which suggests his family once owned the Holy Grail, instead becomes embroiled in the savage fight when the Scots come to Durham. Out of the horror he finds a new companion for the quest, but also discovers a new enemy in a Dominican Inquisitor.

All Europe want the grail. Many may doubt it exists, but no one would willingly allow an enemy to find Christendom's most precious relic, and Thomas finds himself in a murderous race with the Inquisitor and with Guy de Vexille, the mysterious black rider who murdered Thomas' father.

Thomas' father bequeathed him a mysterious notebook which confirms the grail's existence and offers clues to where it might be hidden. But his rival have the advantage of the torture chamber of the Inquisition. Thomas, seeking help to decipher the book's cryptic pages, is delivered instead to his worst enemies.

He finds refuge in Brittany with the Countess of Armorica, but fate will not let him rest. He is thrust into one of the most desperate fights of the Hundred Years' War, the battle of la Roche-Derrien and, amidst the flames, arrows and butchery of that night he faces his enemies again.