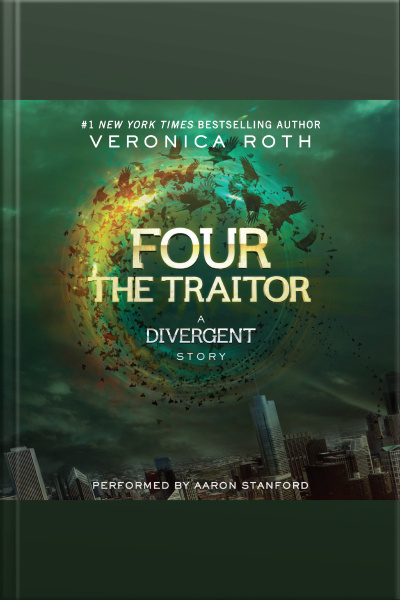 Complete your Divergent library with the Four stories!

Fans of the Divergent series by #1 New York Times bestselling author Veronica Roth will be excited by "Four: The Traitor," the fourth of four stories, each between fifty and seventy-five pages long, set in the world of Divergent and told from Tobias's point of view.

"The Traitor" takes place two years after "The Son" and runs parallel with the early events in Divergent. In this robust story, readers follow Tobias as he uncovers the details of an Erudite plan that could threaten the faction system, and makes plans of his own to keep Abnegation safe. At the same time, Tobias is getting to know a new transfer initiate: Tris Prior.