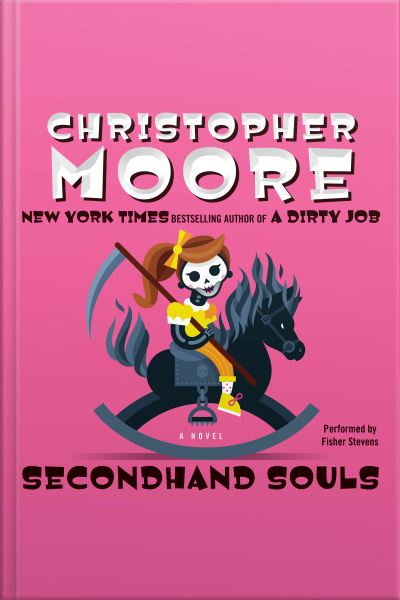 In San Francisco, the souls of the dead are mysteriously disappearing—and you know that can’t be good—in New York Times bestselling author Christopher Moore’s delightfully funny sequel to A Dirty Job.

Something really strange is happening in the City by the Bay. People are dying, but their souls are not being collected. Someone—or something—is stealing them and no one knows where they are going, or why, but it has something to do with that big orange bridge. Death Merchant Charlie Asher is just as flummoxed as everyone else. He’s trapped in the body of a fourteen-inch-tall “meat puppet” waiting for his Buddhist nun girlfriend, Audrey, to find him a suitable new body to play host.

To get to the bottom of this abomination, a motley crew of heroes will band together: the seven-foot-tall death merchant Minty Fresh; retired policeman turned bookseller Alphonse Rivera; the Emperor of San Francisco and his dogs, Bummer and Lazarus; and Lily, the former Goth girl. Now if only they can get little Sophie to stop babbling about the coming battle for the very soul of humankind . . .