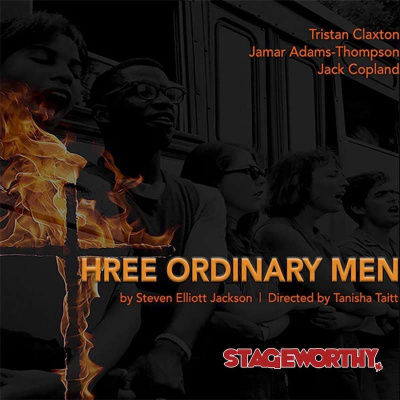 Starring Tristan Claxton, Jamar Adams-Thompson and Jack Copland, Three Ordinary Men takes us to the final day in the lives of civil rights workers Michael Schwerner, James Chaney & Andrew Goodman in 1964 Mississippi. Helmed by Taitt in her directorial debut as Artistic Director of Cahoots Theatre, Three Ordinary Men will debut in June of 2022 — the 57th anniversary of the Freedom Summer Murders. Play by Steven Elliott Jackson Directed by Tanisha Taitt Tristan Claxton Tristan is a Toronto based actor and earned a BFA in acting from the University of Windsor and an MA in classical performance from the London Academy of Music and Dramatic Art (LAMDA) in the U.K. Instagram: @tri_axton Jamar Adams-Thompson Jamar is a Jamaican-Candian actor and storyteller. Hailing from Mississauga, Ontario he holds a BFA-in Acting degree. He is constantly looking for new chances to tell exceptional stories. Film Credits Include: Flee The Light, Black Liberators WWII, and Kubrick. Catch Jamar next as James Chaney in Cahoots The