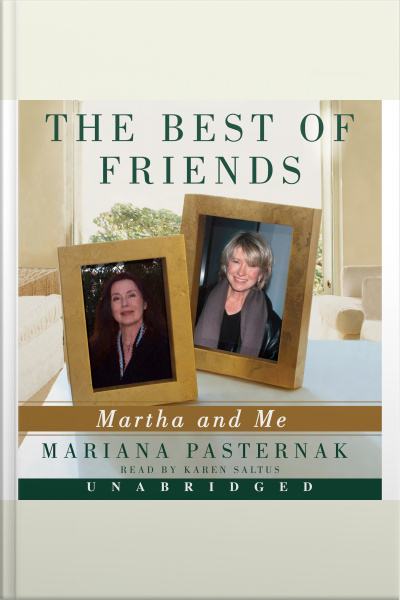 The Best of Friends

Set in a world of luxury and power, this is the tell-all story of two remarkable women and a friendship that changed both their lives forever.

For more than two decades, Mariana Pasternak and Martha Stewart were nearly inseparable. They first met in Westport, Connecticut, two suburban wives with grand aspirations of their own. Their bond only deepened after their marriages ended in divorce. The depth of their friendship not only benefited them both but also influenced how they defined themselves. Friendship between women is never simple and this one was no exception. Over time, money, men, and the arrogance of wealth frayed the bonds they had built so carefully for over twenty years. The final break came when Pasternak was called as a witness in the high-profile trial that brought about Stewart's conviction and prison sentence. Pasternak's deeply personal memoir tells the story of their friendship with honesty and candor, reflecting on the power of such intense relationships to change our lives, and the devastating aftermath when they end.